From the artist
Barony of Polop, Spain
Categories Mixed MediaOthers
Follow artist on 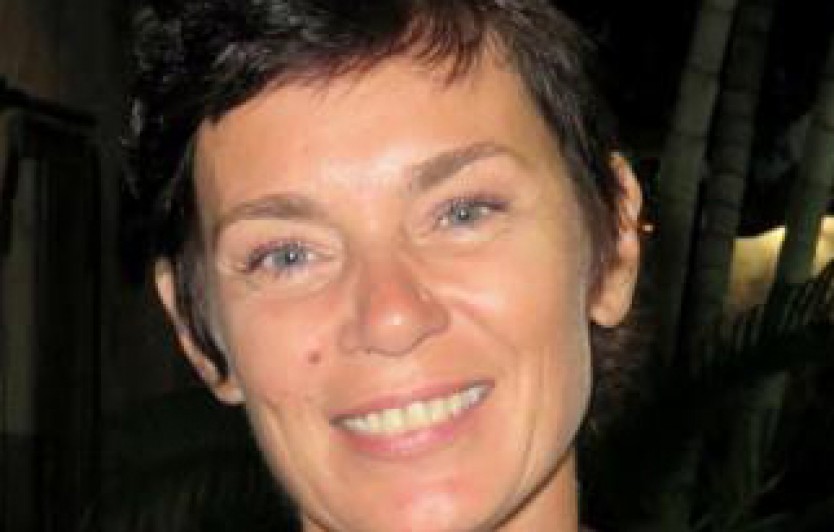 Trending Barony of Polop
Views 716
NATASHA PILIPO Natasha Pilipo studied Philosophy at University in Ljubljana, Slovenia. Her love affair with still and moving pictures has started 30 years ago when she has acquired her first camera and it has never stopped since.Natasha was involved in huge variety of activities behind camera as freelance artist, commissioned photographer and producer. Later exhibition activities: 2019: Fundacion Frax, Albir, Espana 2018: Museo de Arte, Tolox, Espana 2018: Art Tolox, Espana 2017: Nidart Gallery, Mazatlan, Mexico 2016: Festival of Happiness, Movie project "Viviendo Mexico", Mexico City 2016: Museo Arquelogico de Mazatlan, Mexico 2015: Museo de Arte, Mazatlan, Mexico 2014: Look Gallery, Mazatlan, Mexico 2013: International House, Mexico City, Mexico 2012: Al Mondo Galleria D’Arte, Trieste, Italy 2011: Tir, Nova Gorica, Slovenia 2010: Gallery Sloart, Ljubljana, Slovenia 3D CUBES 3D Cubes are mixed media concept created by Natasha Pilipo. They take elements of sculpture, photography, painting, collage and mosaic and join them together in a completely innovative art form. All of these individual elements stop being what they were before and start working together as new and unified concept. It is in a way reflection of our time and place where we live, fast moving high-tech world where many borders fade out and we and our surroundings keep on changing. Photos are printed on canvas, precisely cut and assembled on wooden cubes. They are attached on backboards afterwards. All together is painted over and later retouched. Natasha also produces custom made pieces which can have different number of cubes depending on image. Size of cubes can vary as well. Subject matter, other technical details as well as price are usually directly discussed with client. She currently resides in Spain. This artwork is finished in the way that is presented on these photos and ready to be hung on the wall. It is unique and original art piece which will join you directly from the artist studio. It will arrive in cardboard box wrapped up and well protected. Insurance is included. 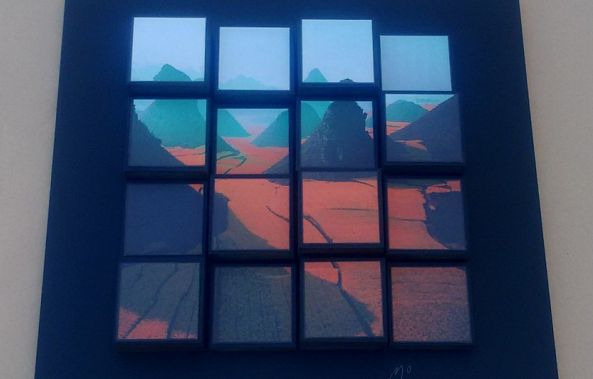 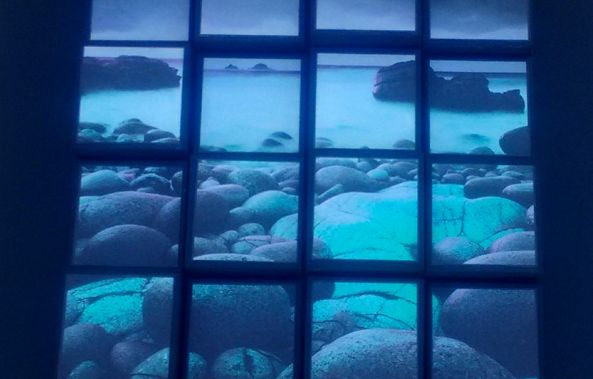