From the artist
Skopje, Macedonia (FYROM)
Categories Painting
Represented by
Follow artist on 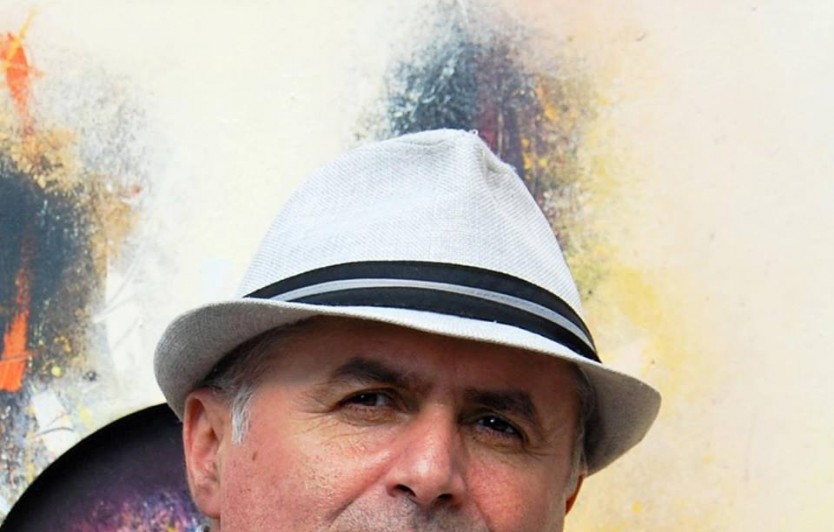 Trending Skopje
Views 147
Appreciations 11
Followers 3
DESCRIPTION OF MY ART WORK “The energy of life lays on the need for expression, and the art always offers various forms with which one can achieve it.” (Aristotle) My preferred media is oil on canvas as well as mixed media; materials paper, textile, natural materials, mixture of plastic mass, glue for wood etc. I use those technique and methods to give more pulse and doing thus transmit the energy for certain emotional state on one hand, and on the other, their visual role have key importance. The general chromatic scale in my works for all period is in Light, harmony with the earth color except some purple and yellow accents which give the painting dynamics and rhythm. I developed simultaneously several stages, partly keeping a large part of the characteristics of elaborated abstraction with geometrical and lyrical properties, additionally researching the breakthrough of the second dimension and announcing the third one (the cycle “Lyrical geometry”); but also introducing new artistic approaches more inclined to the lyrical abstraction, leaving the geometry behind or neglecting it, and emphasizing more the color I the cycle “Well” or following the symbolic and tradition i.e. using certain elements from the ethno-culture such as the national costumes, household objects from my region (Western part of Macedonia), folk aprons, necklaces, sleeves, socks, small rugs etc., works in which the colors dominate again. The saturation by the premeditated conceptual and social and urban engagement, I release myself by diving into the tradition, history, folklore, using them for his primordial energy through patterns, shapes, details touching and forming thus the primordial form of the cycle “From tradition”. Ethno-decorations often have symbolic and associative meaning per se, which are I use as additional esthetical aspect that makes the abstractly blurred background, processed metaphysically. All these, combined with plasticity, mild relief and texturality of the work of art reshape the composition that is coordinated allegorically. In these works of art, the color erupts and carries the prime visual sensation and thank to its intensity, picturesque effect, power and symbolic, ethno-properties and aspects of tradition and belonging, self-identification are emphasized... The light is one of the key cursives in this topic, it is light that radiates and which means beginning and primordial matter, faith, religion, art...all in one! It is not necessary to emphasize that the light is the fundament of all perception arts, but in this case it’s not the light used for enlightening the optical objects or for the contents of a topic. Here it is about the light as a material for plastic expression, perceived as a pigment not as a color, or as bodies in the space instead of stones and trees. In this context the light is only a phenomenon of matter of energy or undulated Nature. In the cycles “From Tradition” encompasses the largest number of my works of art which The light erupts from the white canvas, from the pure surfaces and refracting builds a color spectrum. Systematically organized triangles, circles, squares, vertical and horizontal lines on the canvas, which “corporality” is full of energy, dynamics, metaphysics, and matter. Structures of relief matter, like the details of landscapes, rudiments of an existence and presence, spirituality, build the plasticity of these formally two dimensional surfaces emphasizing their genesis, power and energy, these “traditional bodies” exist in a magical, informel and lyrical space which is not a void, Euclid’s cavity but a drama without patheticalness, tension and tactility.” The gesture, the move, tiny thrilling and eruptive traces of the brush, the suggestion of a movement, texturality i.e. the layers of the space itself, mythical light, make the communication vivid and suggest a dramatic contents. A new spasm within this cycle are the works in which works I not only with the illusion of third dimension as a suggestion of depth, but I try he breaks through the second dimension and creates a new plasticity and spaciousness in solving the flat painting canvas. One of the possible ways of interpretation of this research is: many variations on the same topic, or, self-exploration in order to stop the power i.e. to complete the work on time and which is that time. This is one more option for the different development stages and procedures during the creating process of a work of art. None of these mentioned cycles are not sterile, isolated and do not exist independently, and very often I created works that are an amalgam of various styles and my contents researches and they can be classified in more cycles. CONCLUSION Instead of a conclusion I would like once again to stress the most significant characteristics, central points of my creative engagement , and they are the following: -Lyricism in a form a gesture, sign, matter, which dynamize, inspires and liberates; - Light which is source of life, spirituality, faith, religion, love, everything and nothing; and -Tradition as an element of identification, affiliation, self-cognition, value, morality and ethics. Reshat Ameti 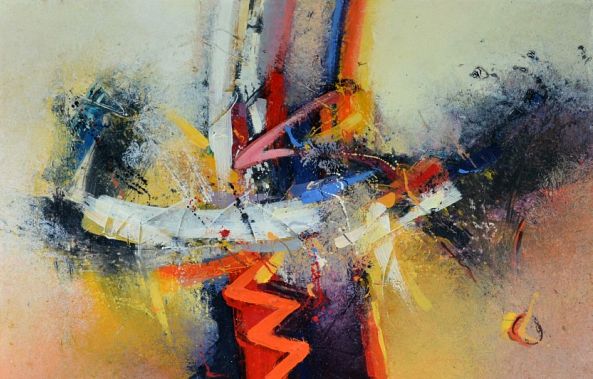 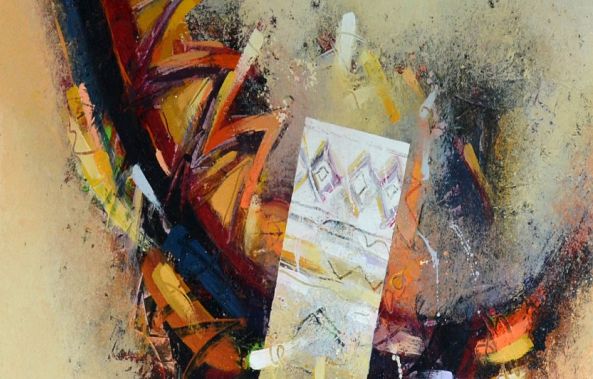