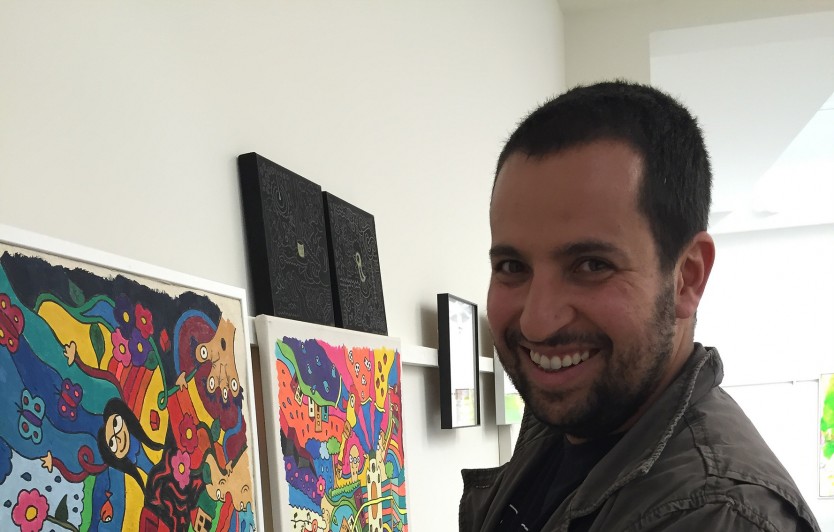 Trending São Paulo
Views 0
Born in Campinas and living in São Paulo, Brazil, Daniel Bordi already had exhibitions in Parma, Italy, at Casa Della Musica, and at two different winebars in town, where his work had great acceptance among local artists and the press. This was due to its lush colors and sinuous lines, despite the strong tradition in neutral colors and classic works. Returning to Brazil, Bordi had exhibitions in Campinas, at the opening of Urban Arts, a gallery focused on contemporary and street art. His graffiti and digital work can be seen at CasaVaticano, important player in the advertising industry, in Sao Paulo, where had a solo exhibit. Then also exposed at Octavio Café, in São Paulo, with the show themed "Coffee with Caffè", solo, again. Yet, in Campinas, at the event "Circula Cambuí" showed his art at Temakeria Cambuí. Soon after, he returned to Italy, this time to Florence, where he was invited to join the X Biennial of Firenze. Thus his work still gained more visibility, having been invited to yet another exhibition in the city, at the "Gallery 360", which only presents the work of artists from outside Italy, and became the official artist representative in Europe. And going back to São Paulo, he is already preparing another exhibition at the renowned French restaurant L'amitié, in the heart of the charming neighborhood of Itaim.? ?A few months later, was invited to participate in a Live Paint in one of the biggest architecture? and decoration? events of Brazil, CasaCor?,? in Campinas. Advertising and Design professional, with extensive experience in Brazil and abroad, Daniel decided to vent his creativity through painting during the period in which he lived in Italy, where, in addition to having worked in Parma, also studied Type Design at Polidesign, and Digital Design at Naba - Nuova Accademia di Belle Arti, both in Milan. Tired of advertising rules and conventions, Bordi flows between many styles and explores unusual color combinations, highlighting the look of the extraordinary to the simpleness of the everyday elements.